When it comes to confinement in a multicultural country like Malaysia, every ethnic community has its traditional ways and set of rules to follow. Despite the difference in Chinese, Malay and Indian practices, they sometimes share some similarities but have one common goal: to support the new mum and help her recover from childbirth.

As the name suggests, both mum and the newborn are confined at home for an average of anything from 1 month to 45 days. During this period, mums are encouraged to rest their bodies to regain physical and emotional strength, while visitors will just have to wait until the month is over to see the baby. Here are the 3 types of confinement practices commonly done in Malaysia.

Generally, the average confinement duration for Chinese mums is one whole month post-delivery. However, there are instances where the confinement period is extended when the new mum needs more help and care. This is especially true for mums who are taking longer to recover after delivering via surgery.

For the entire confinement period, Chinese mums are not allowed to do any physical work. They must adhere to the restrictions and mainly rest to allow their bodies to recover. Hence, it is usually the new mum’s mother or mother-in-law who assumes the carer’s task. This was how it was done back in the days, but as we’ve progressed to more modern times, new mums who can afford it can also opt to hire a confinement lady or pui yuet in Cantonese.

Pui yuet simply translates to “companion for a month” and her task is to take care of you and your baby. Depending on your initial negotiations with her, she will cook confinement meals for you, bathe your baby and basically see to the wellbeing of both you and your baby.

Alternatively, urban mums can also check into a confinement centre to receive help and care. Lodging, confinement meals and trained confinement ladies are all part of the service. The only downside is that some centres have a strict women-only policy so fathers will not be allowed in. Another thing to note is that these centres may not serve halal confinement meals.

There are plenty of restrictions when it comes to Chinese confinements. The older generation would tell you that If you follow these restrictions diligently, you would avoid aches and pain later in life like rheumatism, arthritis and headaches. It is also a common belief that the new mum must retain as much body heat as possible therefore she is:

During confinement, you will also be expected to only consume confinement food. In line with keeping the body warm, this special diet consists of a lot of ginger, home-brewed tonics and herbs. Confinement food is designed to promote better blood circulation while helping your body rebuild and regain strength, as well as immunity.

Mums in confinement need to stay away from food and drinks that are considered ‘cooling’ like cucumbers, cabbage, pineapples as well as iced drinks. Mums who are breastfeeding are also advised to avoid “windy” foods so as to avoid a colicky baby. Instead, they are encouraged to take more fish soups and red dates tea because both are great milk boosters.

For new mums who do not want to engage the services of a confinement lady but still want all the goodness that comes with confinement dishes, they can get them delivered to their doorstep. Today, there are plenty of companies and home-based Chinese confinement food caterers who are just a phone call away.

If you thought 30 days of confinement was bad enough, Malay mums actually have it longer!  44 days of confinement to be exact, and many of them diligently observe all restrictions and taboos as a way to honour generations of postnatal traditions. It is believed that mums who strictly follow the traditional Malay pantang, would regain health, energy levels, and get back their looks and pre-baby figure.

Doing the pantang is important because a mum’s body is considered to be in a cold state after the loss of heat during childbirth. This leaves them cold, vulnerable, and in a dangerous state. Another reason is to preserve the health and femininity of all mums because they strongly believe that a woman’s womb is her lifeforce. By ensuring a healthy womb, Malay mums can stay radiant, alluring and gain overall health.

To ensure this, Malay mums receive traditional treatments and massages to warm up the body, expel wind as well as improve blood circulation like:

Similar to the Chinese confinement, Malay mums are also relieved from day-to-day responsibilities and such as cooking and cleaning. Back in the days, a new mum would be assisted by the bidan kampung or village midwife. Today, urban mums can enlist the help of a bidan, a specialised nanny or carer, her own mother or mother-in-law. There are also confinement centres fully catered for Malay mums to receive support and care. Similarly, lodging, confinement meals and trained confinement ladies are all part of the service.

Like Chinese mums, Malay mums are also encouraged to retain as much body warmth as they can. They must:

Besides partaking, the special jamu Malay mums will be encouraged to eat fresh fish like snakeheads(ikan haruan), which speeds up healing. However, fishes like mackerel (ikan kembong), shellfish and prawns should be avoided because they are believed to cause itchiness and impede your wounds from healing quickly. Drinking turmeric juice is said to be able to help your uterus to contract and flush out all the postpartum blood.

Food that is believed to be “cooling” like cucumber, pineapples, young coconut, kangkung, petola should be avoided so as not to feel bloated and be plagued with body aches and weak joints later in life. 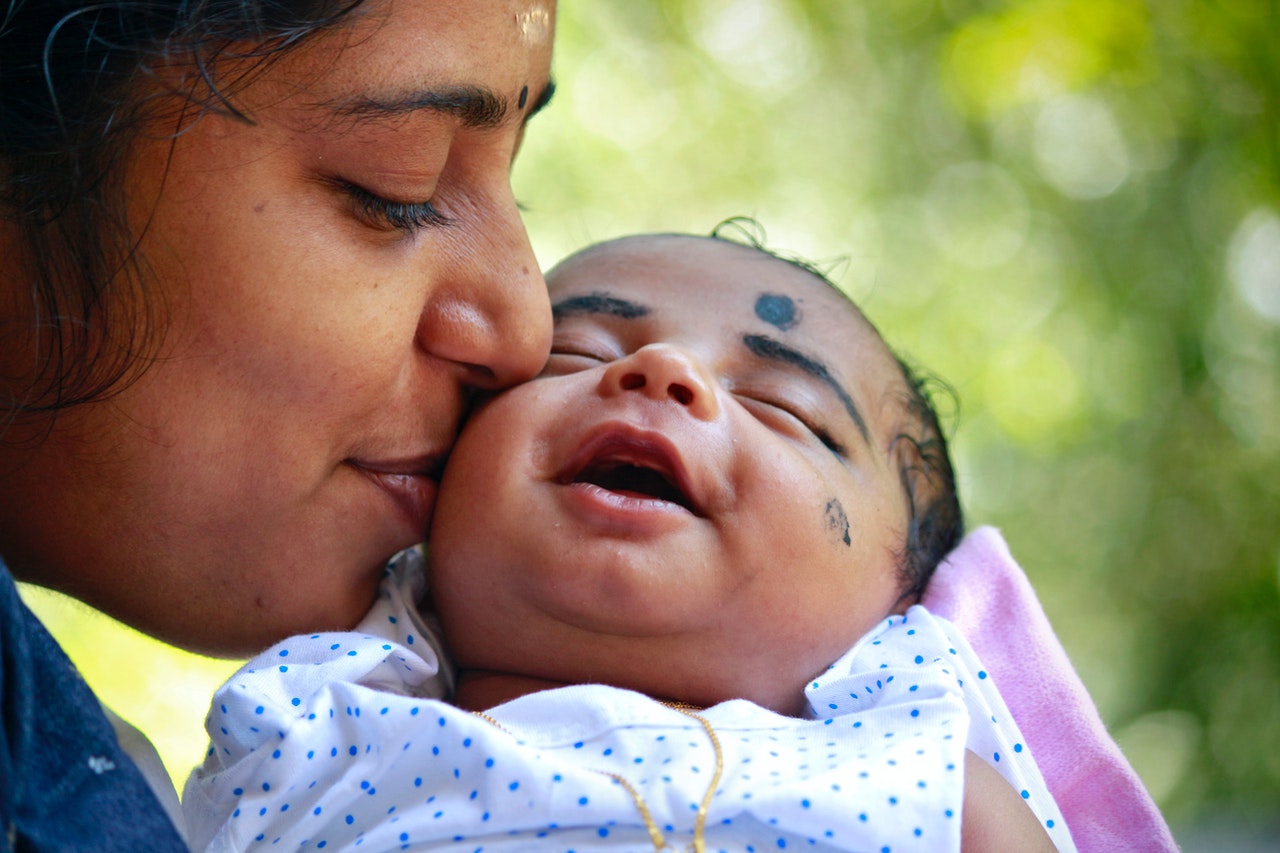 The confinement period varies for Indian mums, but on average, they usually last around 40 days after the baby is born. Indian postnatal care is based on ancient Ayurvedic methods, which include herbal baths, postnatal massages, nourishing herbal-based diet and belly binding.

Just like the other two confinement methods, it was usually the mothers or mothers-in-law who handled postpartum care. Unfortunately, some traditions are lost with time and many no longer have the knowledge and skills to meet the needs of the mother and her newborn. Furthermore, there are different durations and varying confinement practices depending on which region in India they originate from.

Hence a special assistant called a maushi or a dai is usually hired to help. Her job includes preparing special meals for the new mum, giving massages and bathing both mum and baby, as well as doing the laundry.

Both mother and baby receive massages or maalish during confinement. There are even specific herbal baths and scrubs to help rejuvenate Indian mums that help improve blood circulation. Then grated old ginger is usually rubbed over the stomach before it is bound for 6 to 8 hours. This is said to help shrink the stomach muscles a lot faster while providing the Indian mum with a warm and comforting feeling.

The dai will also massage the baby too. Initially, the baby may cry during the massage, but do not worry. Plenty of them sleep better after, plus the massages are actually really good for their bones and overall development. Occasionally some babies would be warmed over an incense burner with sambrani (incense) after a bath so that they will not catch a cold. Another common practice is rubbing atta (dough) over the baby’s forehead and body to remove excessive hair. Then the last step is to apply kajal on the baby’s forehead to ward off the “evil eye”.

The beauty of Indian food is that it contains a lot of spices, so Indian mums don’t have to worry about their food tasting bland. Indian confinement food’s main aim is to help mums purge all that “wind” from the body after delivery. They are also foods that promote “blood circulation”, strengthen the joints, and increase milk supply.

They are nutritious dishes made with plenty of spices that help to build immunity and stimulate quicker healing. Shark meat is a common protein choice, and supposedly by increasing the amount of ghee in the mum’s diet, this would help her regain strength and aid with muscle repair.

Like Chinese and Malay practices, Indian mums are also told to stay away from “cooling” food to avoid old age pains. Dais may also discourage mums in confinement from eating gas inducing vegetables like cabbage, cauliflower and broccoli. Instead, mums should eat gourds such as lauki and tori cooked with fenugreek as those are believed to be milk boosters.

With an increase of women in the workforce and the never-ending rat race of the metropolitan city, more and more women are cutting down on confinement duration and skipping out on some of the taboos and restrictions. The choice is always yours – whether to strictly follow restrictions or bend the rules a little for your benefit. A huge part of it is mainly tradition and keeping the peace by honouring the advice given by the elders in both families. But whatever the decision, mums should have the flexibility to choose what makes sense and what’s most comfortable for them. 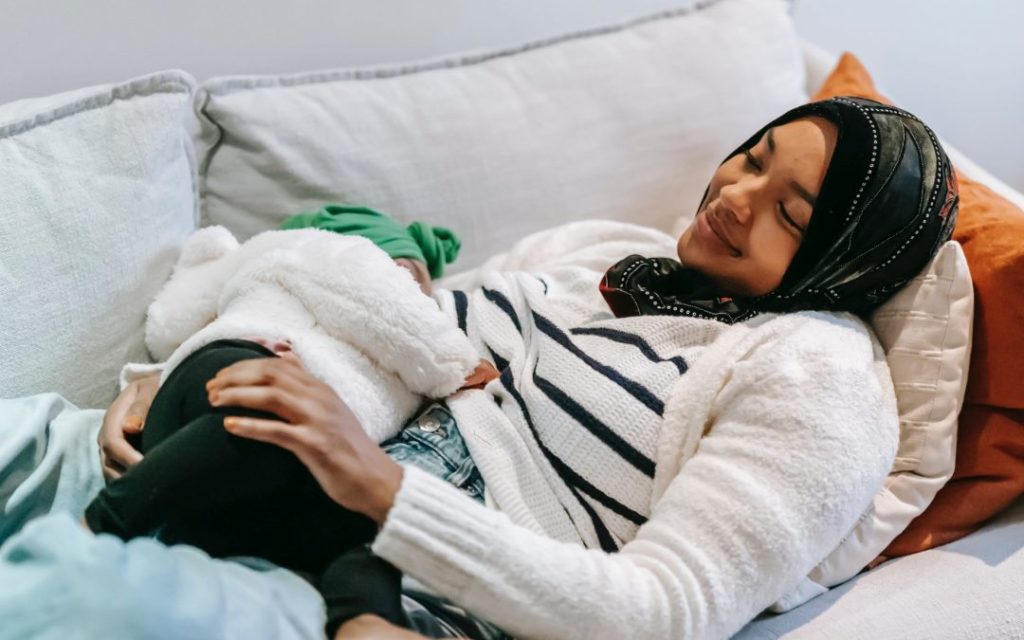 After nine months of not having half-boiled eggs, limited coffee, raw food and now you’re asking me to avoid more food? Are you serious? Well,…

When it comes to buying baby wipes, parents usually just reach out for what’s cheapest and most convenient before stuffing them into their shopping cart.…